SWELL illuminates the transit wall of the Marine Drive Station of the Canada Line with dramatic waves of light, created based on real ocean waves.

By animating the Canada Line station to reflect its marine environment, SWELL is a dynamic distillation of Ebb and Flow’s larger-scale tidal movement.

SWELL’s mesmerizing action is captured from the coastal waters near Marine Gateway. The deep blue, aqua and white lights as the waves wash up on the wall are generated by the force and frequency of the waves. SWELL reminds us that the rhythmic back-and-forth of urban life also exists in the aquatic life of Vancouver’s marine environment. 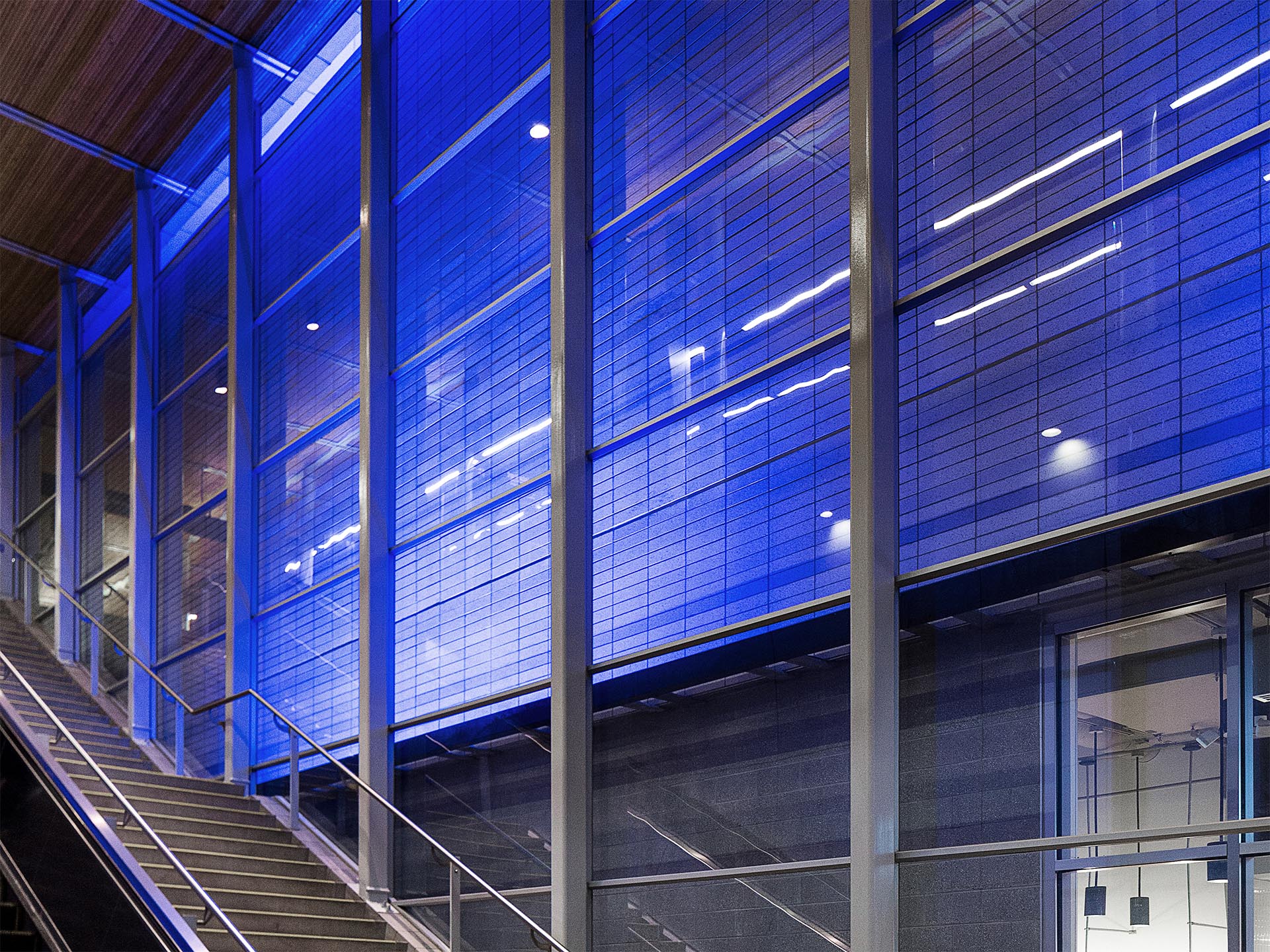 EBB AND FLOW AND SWELL ARE BOTH CREATED BY URBAN VISUALS 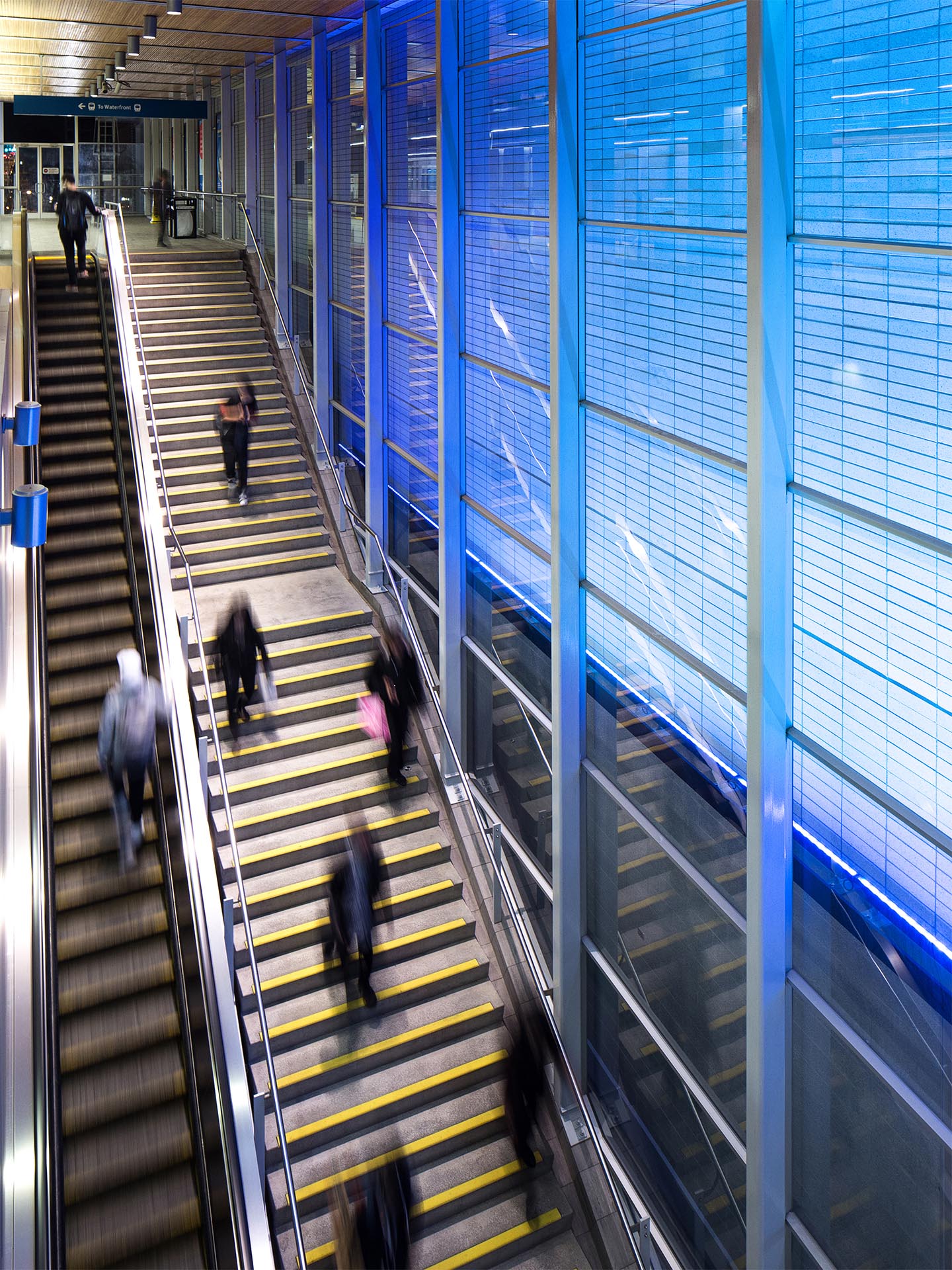 EBB AND FLOW
Scroll to top