Taken while standing just outside their respective lobbies, the viewer’s familiarity with the overall building design is tested. The placement of the paintings at the lobby entries prompts visitors and users to connect their interior environment to the larger exterior built form of the building they are standing in.

The paintings are completed in large scale to provide an overwhelming sense of perspective of looking up, with the building slightly out of view and the significant presence of the sky prompting the viewer to recall the vastness that exists in perpetuity above one’s immediate environment.

Brian Rideout’s rephrasing of these modern, simple photographs of an abstract nature into a classic art form creates a juxtaposition that is meant to entice viewers to consider their surroundings in different lights. The warmth of paint enhances the contrast against the crisp, elegant lines of the building’s architecture.

Brian Rideout is an award-winning Canadian artist based in Toronto. Rideout studied Visual Art at Georgian College before moving to Toronto. He has exhibited across Canada including exhibitions at Clint Roenisch Gallery, Mercer Union, the Art Gallery of Ontario, PFOAC211, and ARTSPACE. His work can be found in many private and corporate collections including the TD Bank Group. 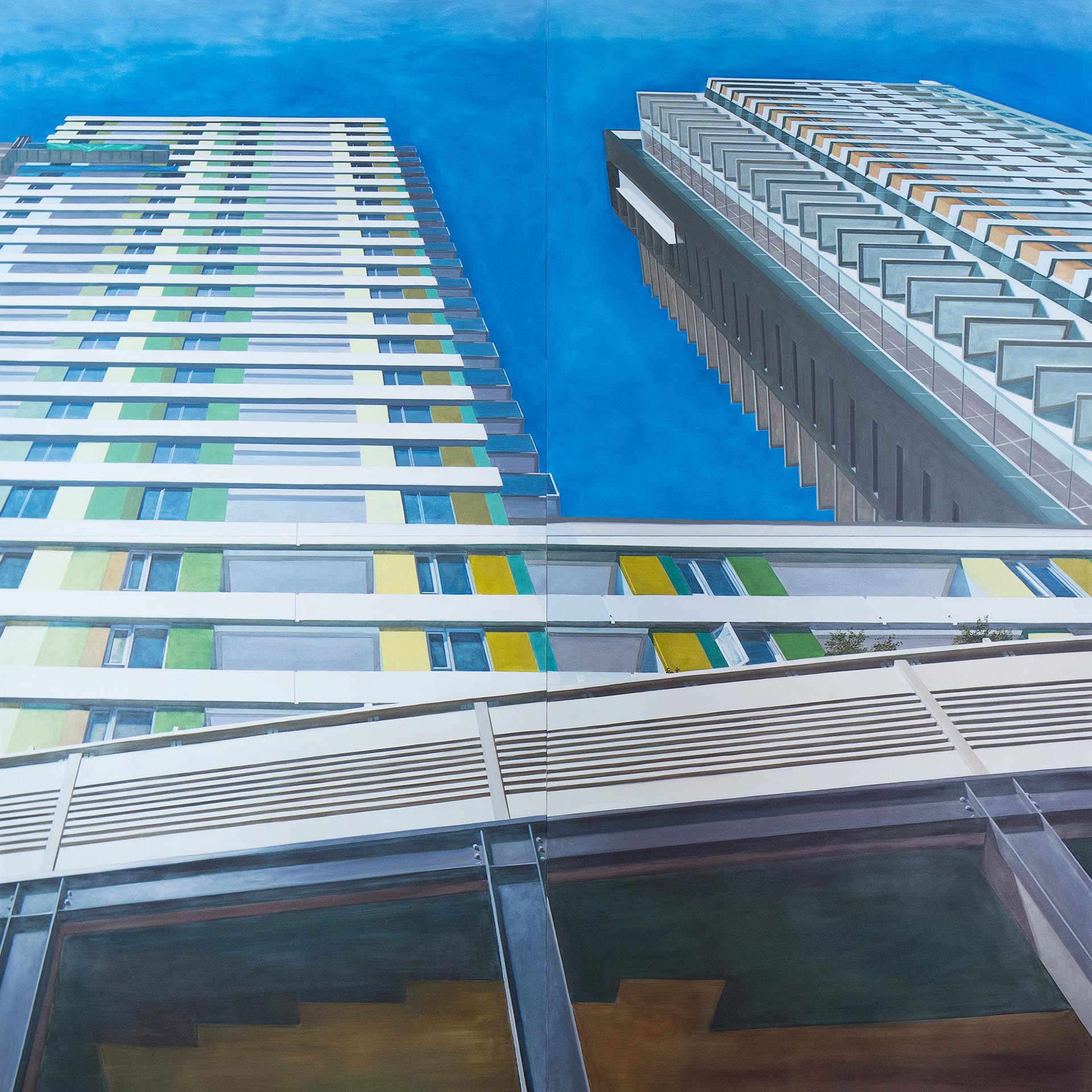