Fraser River Stories is a written timeline of the Fraser River structured poetically and organized by the river’s geography.

Using text collected and adapted from research and various materials, the piece begins and ends by travelling the Fraser River from Prince George (North Plaza at SW Marine Drive) to the Salish Sea (southern steps), telling stories along the way of the once-indomitable Fraser River, the First Nations, exploration, the gold rush, the railway, and the early life and growth of the Lower Mainland.

Born in Vancouver in 1967, Geoffrey Farmer is an outstanding acclaimed Vancouver artist and graduate of the Emily Carr University of Art + Design. Farmer has garnered national and international acclaim for his ability to create active engagement and meaning by meticulously constructing hybrid arrays and installation works which speak to our social and cultural histories. The basis of his works is intensive research and collection of various materials and information.

Every Letter of the Alphabet Printing Ltd is founded by Geoffrey Farmer and is based on his work Every Letter in the Alphabet for the 2010 Winter Olympics and Paralympics, which comprised 26 language-based works – one for every letter of the alphabet – and appeared throughout the city during 2010. 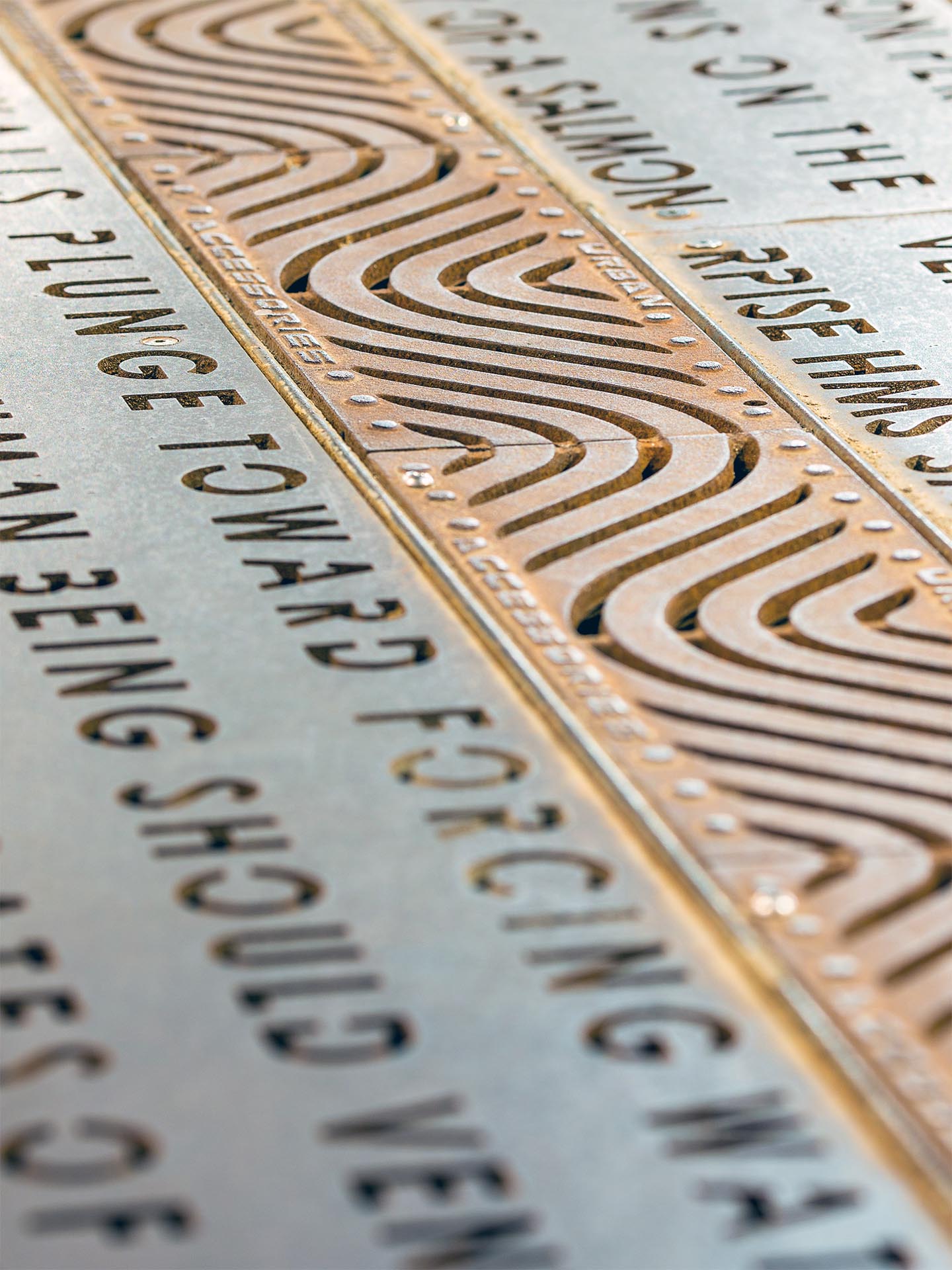 TOOLS OF THE FRASER RIVER
Scroll to top