Modeled in the pose of Auguste Rodin’s The Thinker (1887-1889), Simon Fraser is a bronze sculpture created to celebrate and honour the explorer Simon Fraser. Simon Fraser’s successful exploration of the mighty Fraser River in 1808 was an important journey of discovery, as well as pivotal for the Fraser River’s role as a commercial transportation hub for British Columbia.

Perched on a large tree stump, Simon Fraser’s shirt is undone and he is shoeless with rolled up pants – a reference to his time as an explorer. He is depicted, centuries after his original exploration, reflecting on contemporary Vancouver.

Simon Fraser in its unconventional approach and larger-than-life presentation is charming and cheeky, yet compelling and thought-provoking as he sits, pensively, surrounded by the flow of urban life.

“I wanted a work of art that asks the viewer to reflect on the changes that have taken place in the Vancouver area since the days of Simon Fraser. Viewers are asked to subject themselves into the position of Simon Fraser by thinking what he may be thinking about, by pondering the question of what he would think of the present that has been constructed. There are no answers as the aim is to think and reflect on the identity of the Vancouver region.”
– Ken Lum, artist. 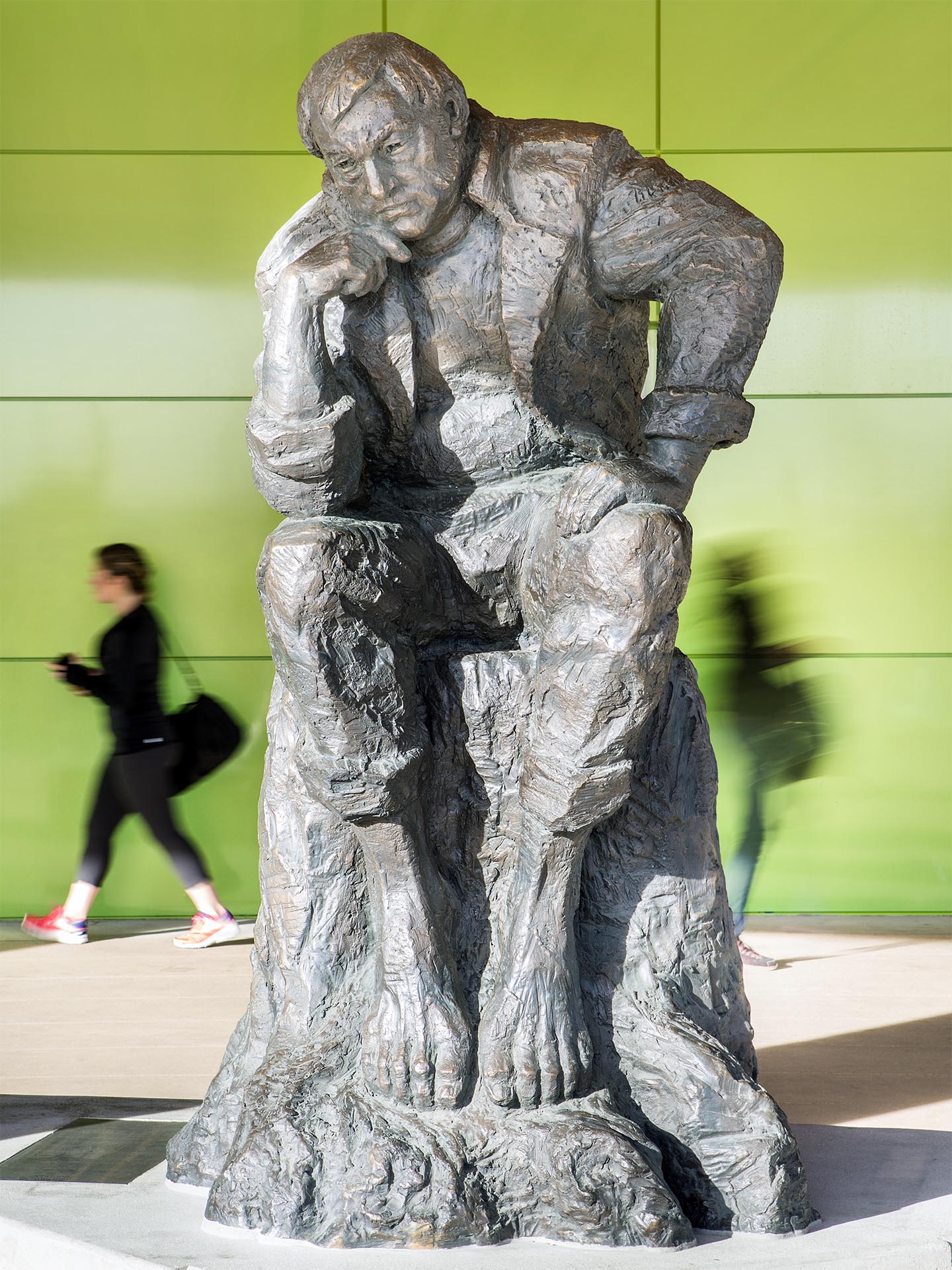 TOOLS OF THE FRASER RIVER